My opinion about Social Media and why I don’t have it.

For those of you who don’t know me, I have almost zero Social Media, apart from Google+ and YouTube (only to watch videos) which I never use. I don’t have Instagram, Twitter, Musicly, Facebook, LinkedIn, Pinterest etc. I want to give my reasons why I don’t like and don’t have social media. Remember this is just MY opinion, others definitely have their own ones.
So…
Why don’t I have social media?

Most of my friends are on social media and yes, I am fine with that, but sometimes it can be a bit weird when everyone is on their phones and posting pictures and stuff while I’m just sitting there and observing, I know what you’re saying in your mind at this very moment, why don’t you just get social media? I don’t want it, I don’t want to be staring at my phone, talking to my fake friends when my real friends are sitting right there. I know this is the 21st century and it’s hard to explain but it just doesn’t feel right, social media. I know it’s a good way to keep up with friends and trends and stuff but I don’t want my waking hours to be contaminated by social media, by comments from random people, by updates and ads. I don’t want to become obsessed with what people think about me and what I like, because I don’t give a pineapple about what people think and I don’t want that to change. I don’t want to be encouraged by what looks are ‘trending’ right now, I don’t want to be made into a fake, a plastic doll which can only move if someone does it for them. I don’t want any of my secrets to be spilled, it happens, I know it happens. I prefer to be in control of my own life and I like to keep it that way. No persuading from anyone will change my mind about not having social media. I know social media isn’t bad and in the comments you will be telling me it isn’t bad, I just don’t want it.
Thanks for reading,
I hope you enjoyed what I have written and have gotten an idea of what social media is for me.
Jiya 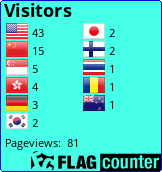 ‘Where do my Visitors come from?


adopt your own virtual pet!


adopt your own virtual pet!


adopt your own virtual pet!
Skip to toolbar